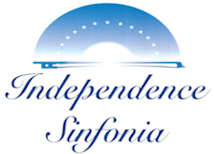 Daniel Matsukawa studied conducting privately with Otto Werner Mueller, who was the head of the Conducting Department at the Curtis Institute of Music. His orchestral conducting debut took place in Japan in 2009, at the Pacific Music Festival, which is comprised of musicians from around the world and was founded by Leonard Bernstein. Mr. Matsukawa conducted in the festival's 20th anniversary garnering famous conductor Maestro Christoph Eschenbach's appraisal of Matsukawa as a new "conducting star."

Since then, he has been invited back to conduct in Japan every year including a tour of concerts in Sapporo, Hamamatsu and Tokyo receiving glowing reviews. He regularly conducts the PMF Link Up Concerts, based on the partnership program with Carnegie Hall, as well as memorial concerts for Leonard Bernstein. He has also conducted a number of concerts at the Curtis Institute of Music and made his professional conducting debut in the U.S.A. with the Virginia Symphony Orchestra in the 2016-17 season.

Mr. Matsukawa has been principal bassoon of The Philadelphia Orchestra since 2000. Born in Argentina to Japanese parents, he moved with his family to New York City at age three and began studying the bassoon at age 13. The following year he won his first competition and was featured as a soloist performing the Mozart Bassoon Concerto with a professional orchestra in New York. He was a scholarship student of the pre-college division of both the Juilliard School and the Manhattan School of Music, where he studied with Harold Goltzer and Alan Futterman. Mr. Matsukawa went on to study at Juilliard for two years before attending the Curtis Institute of Music, where he was a pupil of retired Philadelphia Orchestra Principal Bassoon Bernard Garfield.

Mr. Matsukawa has been a recipient of numerous awards and prizes, including a solo concerto debut in Carnegie Hall at the age of 18. He was also featured in a Young Artist's Showcase on New York's WQXR classical radio station. Since then he has appeared as soloist with several other orchestras, including The Philadelphia Orchestra, the National Symphony, the New York String Orchestra under Alexander Schneider, the Curtis Symphony, the Virginia Symphony, the Auckland (New Zealand) Philharmonic, and the Sapporo Symphony in Japan.

Mr. Matsukawa is an active chamber musician and has performed and toured with the Marlboro Festival. The Philadelphia Inquirer praised him for "his lyrical gifts, expressive range, and refined sense of ensemble" in a performance at Marlboro. He was also hailed by theWashington Post in a review of a solo concerto: "As an orchestral player, Matsukawa can be relied on for a burst of rich maroon and dark crimson in the collective sound. His playing is elastic and agile and thankfully accurate. The same goes for his gentle, songlike account of the Weber Bassoon Concerto. His soft tones were full and even, his passage work liquid and delicate, his second movement like an aria and his last movement filled with a calm modesty in its virtuoso romp. He is an invaluable asset to the orchestra."

Prior to his post with The Philadelphia Orchestra, Mr. Matsukawa served as principal bassoon with the National Symphony in Washington D.C., the Saint Louis Symphony, the Virginia Symphony, and the Memphis Symphony. In 1998 he performed and recorded Shostakovich's Symphony No. 7 as acting principal bassoon with the New York Philharmonic under Kurt Masur. Mr. Matsukawa is a regular member of the faculties at both the Curtis Institute of Music and the Boyer College of Music at Temple University.